A day-trip to the Windsor / Cornish area is ideal for guests staying at the Bridges Inn. You can take Route 10 North to Route 12 North, passing by delicious Walpole, NH, home of Burdick's Chocolate, Alyson's Orchard, and the Walpole Creamery.  Then you can catch Interstate 91 North to Windsor.

Windsor, of course, is the birthplace of Vermont.  It was active in colonial and revolutionary times.  Vermont was actually the fourteenth state, carved out of New York as the result of a dispute over land given by the King of England prior to independence.  Ethan Allen and the Green Mountain Boys play into this history.  Windsor went on to become a cutting-edge center of machine tool technology and production.  In the context of the nineteenth century, machine tool is a euphemism for rifles, and many of these were manufactured in the Windsor, VT - Claremont, NH area, known as precision valley.

Pictured below is the American Precision Museum, celebrating the region's unique place in the development of modern mass-production and machine technology. The exhibit is a look back at the industrial revolution, and it currently features a display related to Vermont's role in the Civil War.  Vermont contributed both men and state-of-the-art rifles with interchangeable parts.  2013 marks the 150th anniversary of the Civil War and the Precision museum's display is part of a larger summer of events, with more information available here.  Seen below is a belt-driven milling machine, one of many pieces in working condition. 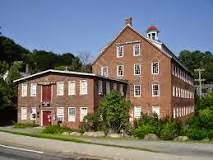 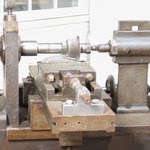 One of the many destinations in Windsor is Great River Outfitters.  They offer rafting trips on the Connecticut River (shown below) and are located adjacent to one of the coolest outdoor parks that I have ever seen.  The entire campus is called Artisans Park.  The outdoor park is a meditative walk through lush, landscaped groups that includes the Tunnel of Oblivion, a massive hedge-row labyrinth/Path of Life Garden (shown below), a collection of Easter-Island-esque standing stones called "Community", and the Tree of Wisdom.

Also at Artisans Park is Harpoon Brewery, a fine microbrewery and restaurant with a beer garden.  Located next to Harpoon is the Vermont Farmstead Cheese Company and the Sustainable Farmer.  Here you can get high quality local products, in addition to pizza on Thursday, Friday, and Saturday nights.  It is cooked outside in an impressive, large wood-fired oven made of cooper.

While you are in Windsor, make sure to check out Simon Pearce.  You'll find great glassware and pottery, some of which is available at a substantial discount.  The production floor is available for viewing.  In nearby Quechee, Vermount, you can visit the Simon Pearce Mill and restaurant.

After seeing the sights of Windsor, Vermont, travelers can venture over the longest single-span covered bridge that carries vehicles in the world.  Situated very close to the Precision Museum, the Windsor-Cornish Covered Bridge, built in 1866, spans the Connecticut River, connecting Vermont and New Hampshire. Directions to the Windsor-Cornish covered bridge from the Bridges Inn can be found on the covered bridge page of our website - scroll down to the bottom of the page. 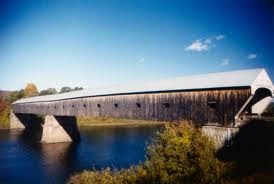 After crossing into New Hampshire, it is a short drive to Saint-Gaudens National Historic Site, open seasonally from May until October.  Home to Augustus Saint-Gaudens, many of his sculptures are on display at this luxurious old mansion.  The gardens are lovely as well.  Famous in his time, Saint-Gaudens designed the Lincoln Memorial (bust of Lincoln, bottom left) and many other well-known sculptures and coins.  This is the only site in New Hampshire operated by the National Park Service and, as such, adheres to National Park admission policies. 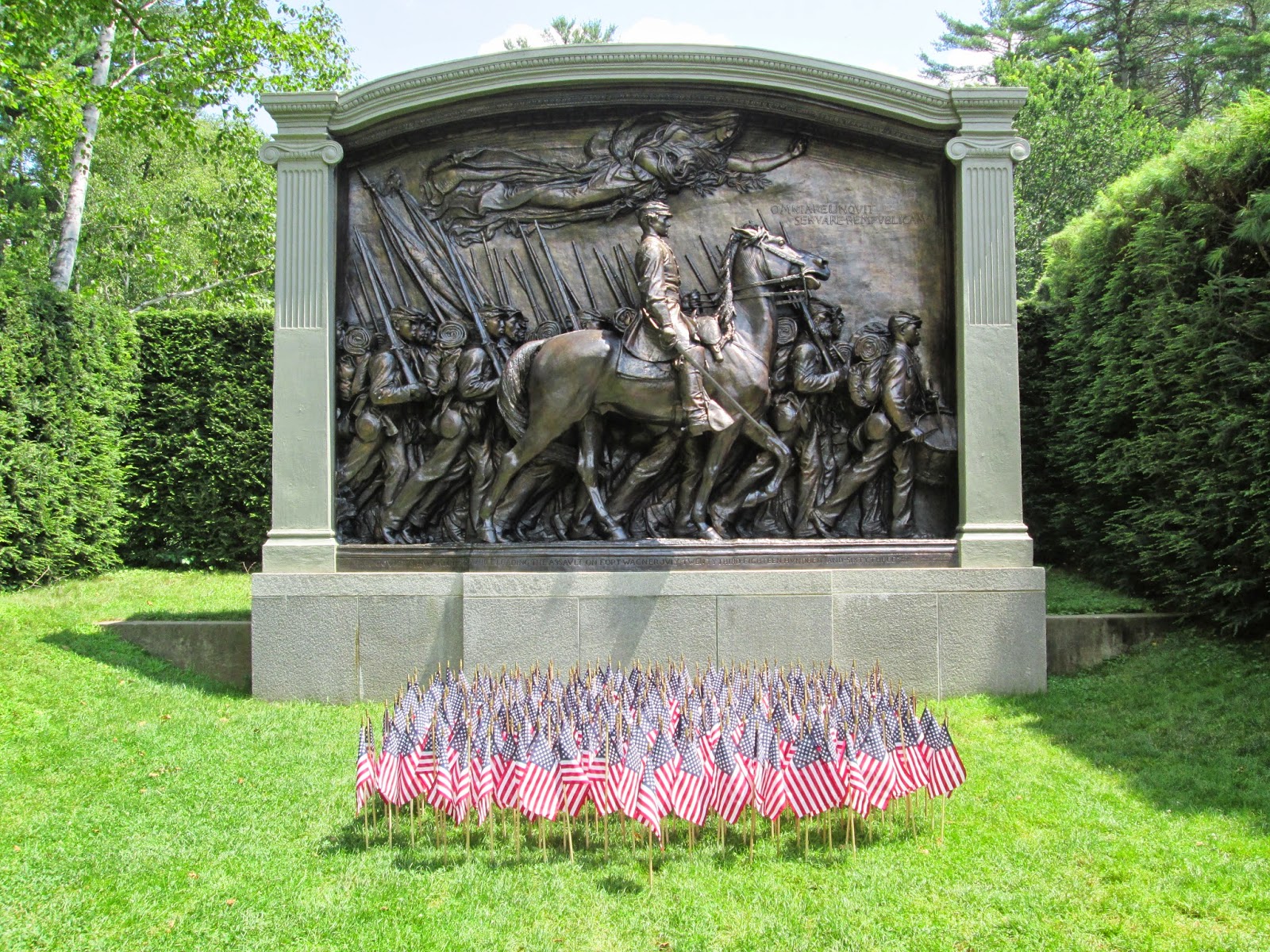 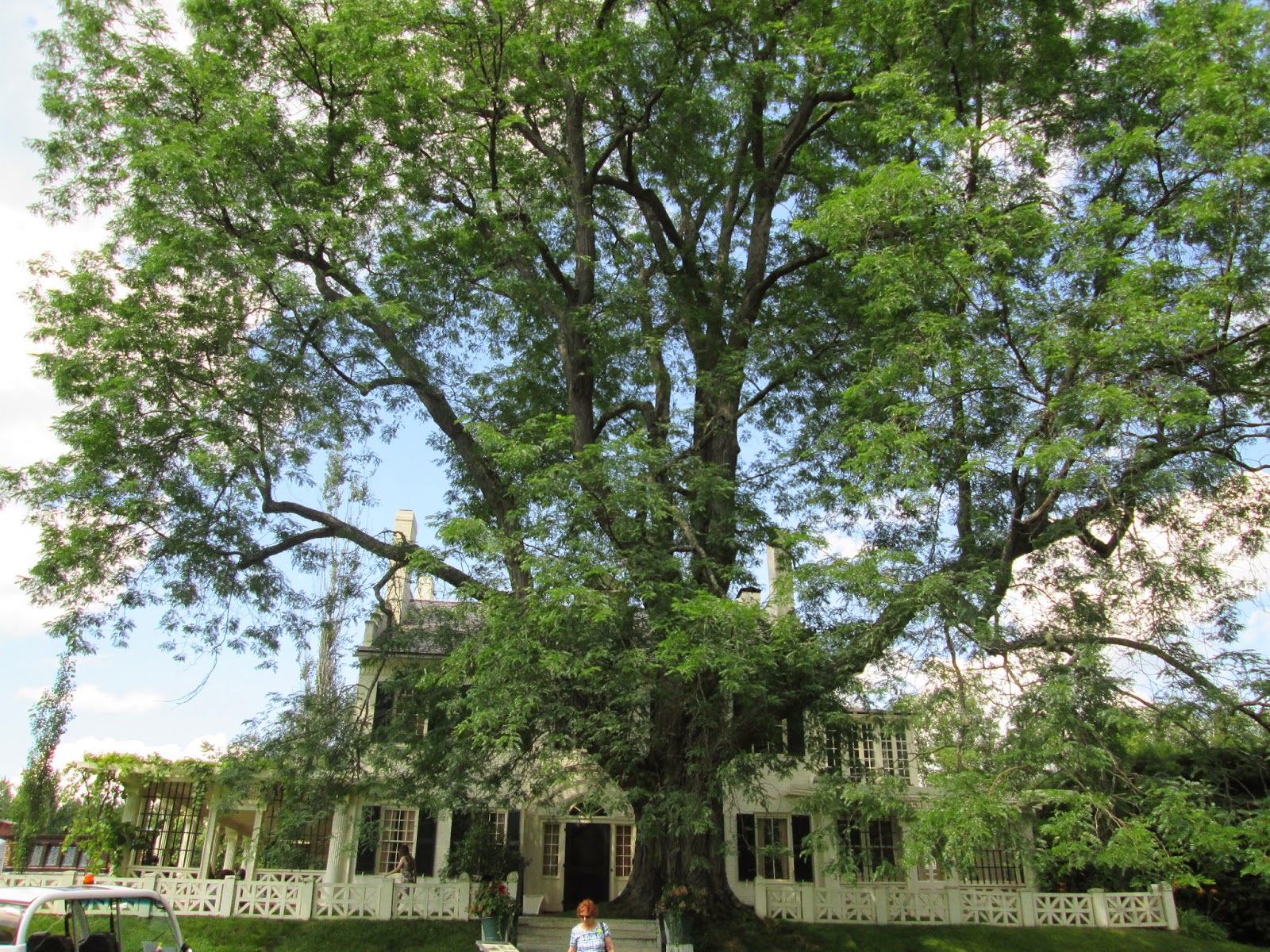 Returning to the Bridges Inn, it is possible to do a loop, going through either Newport, NH on Route 10 South or I-91 South to Brattleboro and then taking Route 9 East to Keene, where you'll pick up Route 10 South.
Posted by Anonymous at 5:33 PM