Saturday, July 20th was Swanzey's day in the spot light.  It was Old Home Day, discussed in an earlier blog, which capped several days of activity, beginning on Thursday night.  Thomas Hubka gave a talk on his book, "Big House, Little House, Back House, Barn".  Swanzey is located among a small group of Yankee communities that built connected farmhouses.  New Hampshire farms struggled to survive and needed to get involved with some kind of home industry, which is why this is the only area in which you will find these connected houses.  In fact, the Bridges Inn at Whitcomb House is an example of one of these expansive homes.

On Saturday, the festivities began with a parade and a 12.5 mile bike ride through the covered bridges of Swanzey. There were classic cars. 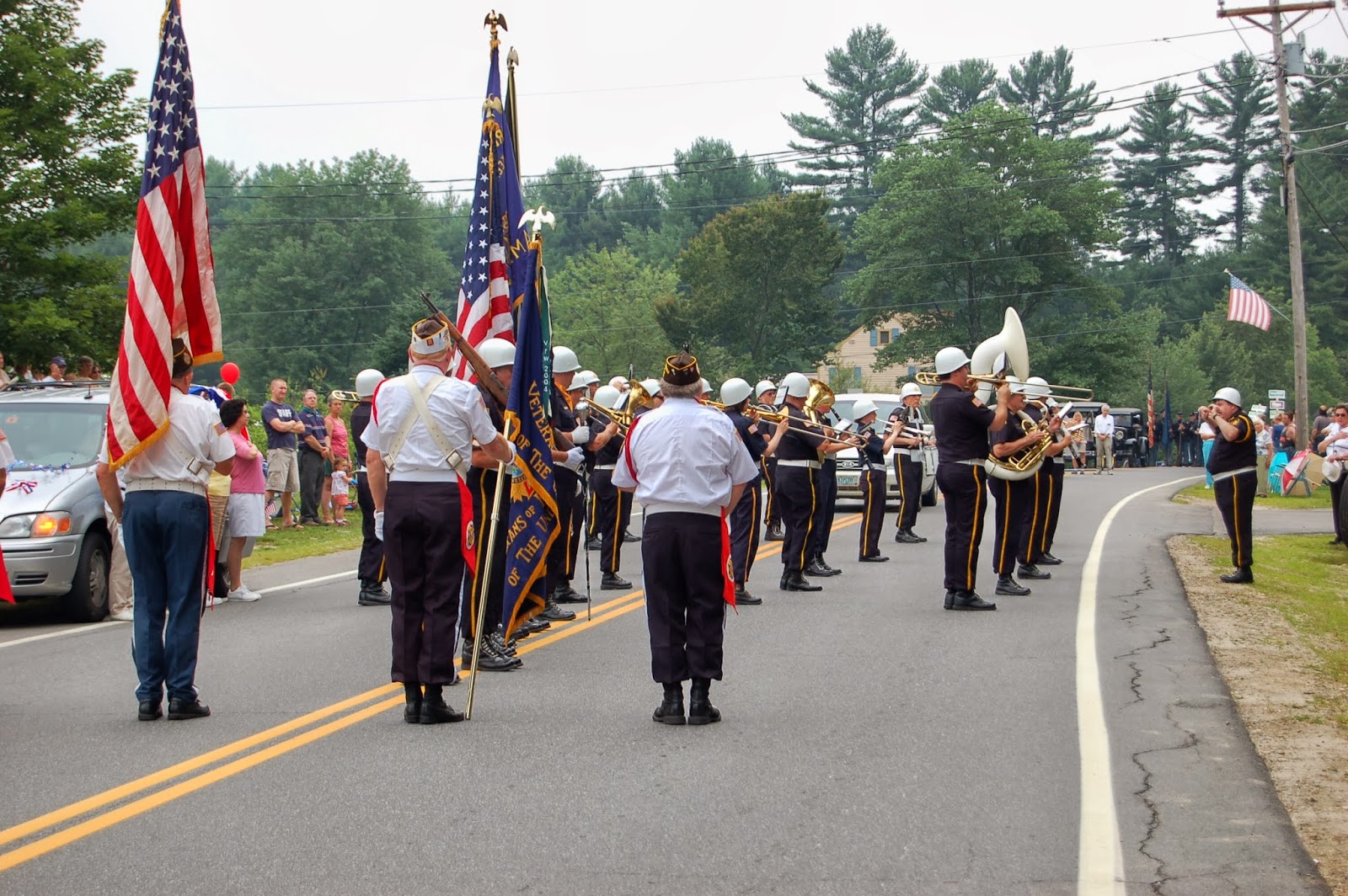 As well as train rides and hula hoops; plus there was a huge sandbox and many fun activities for kids.  There was also an information gazebo, where you can see the ever-hard-working Kathy Habiby.  There were numerous food vendors and a farmers market with local seasonal items from fruit and vegetables to preserves and maple syrup. There were alpacas, too, and a miniature horse from Crescendo Acres Farm.

There was also a display dedicated to the Whitcomb Hall renovation fund.  For more information, see previous blog post.

For three nights, local residents performed the 72nd revival of Denman Thompson's classic play, "The Old Homestead".  These volunteers, whose duties range from acting to make-up and lighting, are keeping a tradition going.  If you live in the area, you could consider attending or helping next year.
Denman Thompson was born in Swanzey and went to New York City, where he found success as an actor and playwright.  His drama and musical about Swanzey takes place in 1886, which we know because Mr. Whitcomb is told that he is ten years too late for the centennial.  Joshua Whitcomb is one of the characters, representing as a typical resident of Swanzey.  He is represented as a fool, a loving fool, but a fool nonetheless.

The play really captures one moment in history.  The musicals, I'm sure, represent what people did on farms before radio and television.  The mannerisms feel very authentic as well.  But it is priceless as a piece of the early story of urbanization.
Denman Thompson had family in Swanzey and he spent a few of his teenage years in the town.  One can imagine him as a youngster, awed and intimidated by Mr. Whitcomb.  Perhaps Denman felt that the large Whitcomb family acted like Swanzey was their own private town.  To be fair, the Whitcombs had a lot of power and influence, but they also gave back and contributed quite a bit, including running successful business enterprises and the resulting local jobs.

Later in life, when Denman achieved some measure of success in the city, he came back to Swanzey with the courage to say things about Mr. Whitcomb that nobody else dared to.  Like Toto pulling back the curtain in the "Wizard of Oz", the illusion was shattered.  In the play, Mr. Whitcomb was portrayed as a hillbilly, who leaves his wife in the final scene to marry a widow in the city.  The young couple who remained in Swanzey, Ebenezer and Rickety Ann, were not quite the town's most upstanding citizens.  The play stands as a monument in time, in which children of Yankee farmers were all-too-eager to give up their traditions and move to the city.  It marks the decline of agrarian New England.

This moment was discussed by Professor Hubka as well.  He said that the railroad, refrigeration, and other new technology created the dairy industry around the turn-of-the-century.  Finally the economic life of New England farms was stabilized, but it was too late.  The lifestyle was in terminal decline by that time, just as would happen with manufacturing in Swanzey a century later.

Some events from the past seem to repeat themselves, despite our best efforts to prevent them.  Other events take a lot of effort and hard work just to make them happen each year.  The Old Home Day and production of the play have continued for all of these years for one reason, which is due to all of the volunteers.  Thank you to everyone who contributed to events!

Next year, we'll have to do it all over again.  Swanzey Old Home Day and The Old Homestead play will likely be repeated on the third weekend of July in 2014. Watch this blog and the Bridges Inn Facebook page for announcements next year.
Posted by Anonymous at 12:38 PM